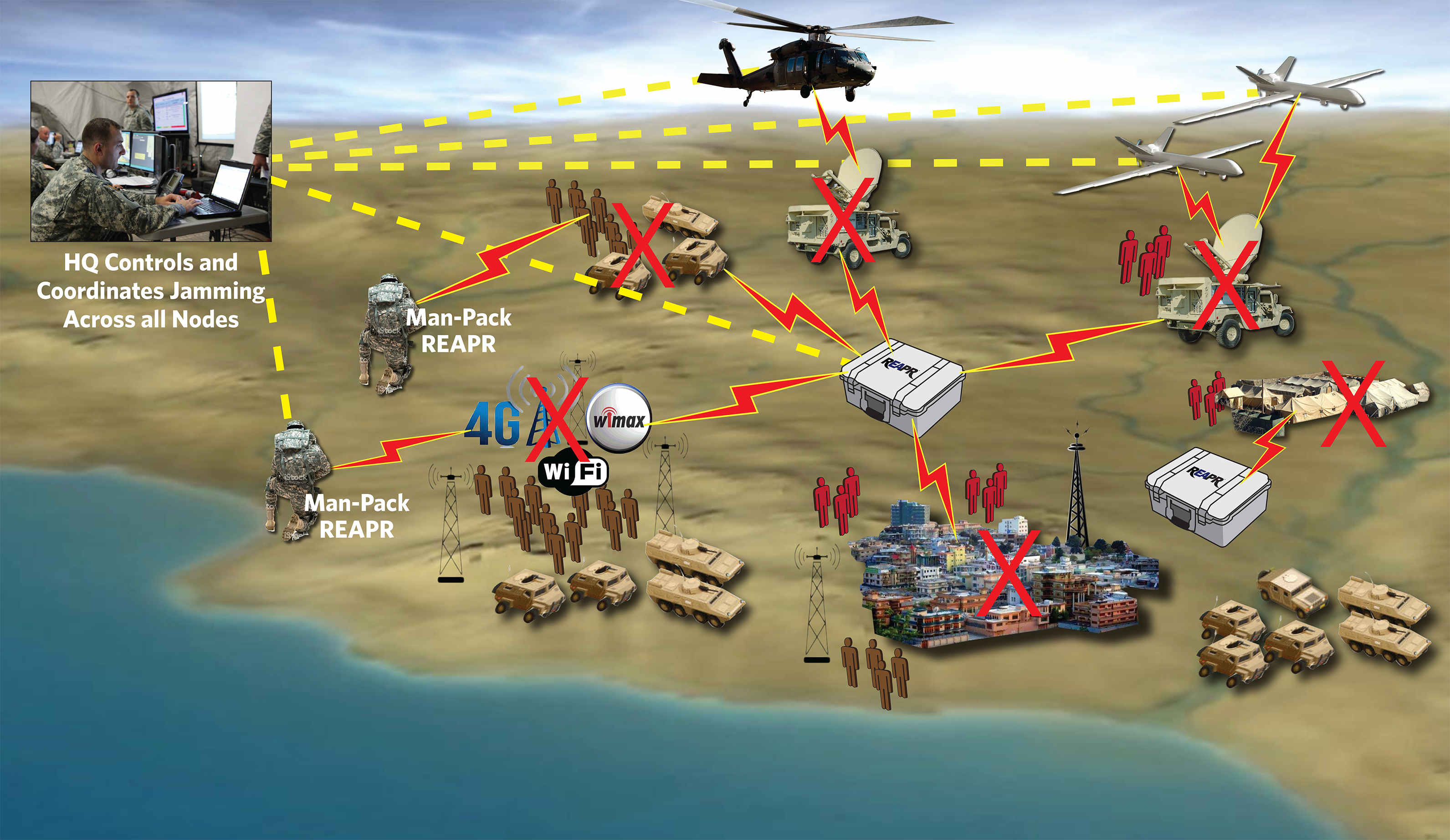 Reactive Electronic Attack Portable Radio (REAPR) is a small SWaP, efficient and effective multi-mode Electronic Warfare (EW), Electronic Support (ES), Electronic Attack (EA), and radio simulator system that operates in real time to identify, disrupt, and simulate signals of interest. REAPR creates realistic, robust, congested, and contested over-the-air (OTA) test and training environments.  It is effective operationally as an ES/EA mission system and/or as a training tool to generate a congested, contested EMS environment.  REAPR is available now in a man-portable configuration (TRL9) and has been proven (TRL8) on the Textron RQ7 Shadow.  It can be integrated onto other Group 3 and many Group 2 UAS as well as rotary air vehicles.

REAPR is available now in a man-portable configuration and has been proven on the Textron RQ-7 Shadow. It can be made into a backpack form factor and/or integrated into Group 3 and many Group 2 UAS systems.

An intuitive HQApp enables end users to operate the REAPR system either locally or remotely, selecting signals or frequencies of interest to target, as well as operational modes, frequency ranges, and other mission-specific data. REAPR nodes can operate in networked or stand-alone mode. The HQApp can change mission parameters on-the-fly for networked REAPR nodes.

Get Our REAPR Airborne Flyer